PHILADELPHIA, PA – January 25, 2021 – Opertech Bio, Inc., today announced the publication of a seminal research article describing the application of its pioneering TāStation® technology to the pharmacological characterization of human taste discrimination. The findings are published in the peer-reviewed Journal of Pharmacology and Experimental Therapeutics (JPET). The paper, entitled “Rapid throughput concentration-response analysis of human taste discrimination,” is the first to quantitatively define the concentration-response function for human taste discrimination, a crucial step in understanding the relationship between receptor activity and taste sensation. The paper is authored by the Opertech research team of R. Kyle Palmer, Mariah M. Stewart, and John Talley. The complete article is available at DOI: https://doi.org/10.1124/jpet.120.000373. “The paper provides a rigorous scientific validation of TāStation® technology in the context of threshold sensory measurements and concentration-response analysis of sucrose and other sweeteners. The results are entirely consistent with receptor occupancy theory, implying that the taste discrimination concentration-response function is a direct reflection of the underlying activity of taste receptors” said R. Kyle Palmer, Opertech’s Chief Science Officer and lead author on the paper. “The methodology enabled by the TāStation® produced remarkable test-to-test repeatability of results, which proved critical for statistical resolution of effects in small groups of subjects and even among individual participants,” he added. The Journal of Pharmacology and Experimental Therapeutics (JPET) is a highly regarded international research journal in the field of pharmacology. The journal is published by The American Society for Pharmacology and Experimental Therapeutics (ASPET). The paper was published online as part of JPET Fast Forward, which contains papers in manuscript form that have been accepted and published in JPET but have not been copyedited and have not been assigned to an issue of the journal. Copyediting, including graphics, may lead to some differences between the Fast Forward version and the final version.

About TāStation® TāStation® ("Taste+Station") is an entirely new approach to taste testing and measurement. Highly efficient and cost effective, the TāStation® technology is used for evaluating new sweeteners, taste enhancers and bitter blockers and also has broad application in flavor optimization, providing a combinatorial strategy for developing the best tasting ingredient mixtures. In addition to its many applications in the food and beverage industry, TāStation technology is particularly well suited for helping consumer healthcare and pharmaceutical companies evaluate the taste of new formulations of medications. This is because TāStation® is able to generate tremendous amounts of data using minute quantities of drug. The total amount of API (active pharmaceutical ingredient) required for an entire taste test is a small fraction of a typical single daily dose. The capability to test with this minimal level of pharmaceutical exposure cannot be accomplished by any other method or service provider. The TāStation® includes a portable workstation with an automated high throughput system for delivering small samples in rapid succession to a subject. The TāStation® system has the capacity to determine the taste characteristics of a hundred samples in less than an hour. An individual can be trained through an interactive algorithm, which operates like a game, to make responses on a touch sensitive monitor that are dependent on the subject’s ability to detect and distinguish taste stimuli. Responses are rewarded with an incremental point system that incentivizes sensory acuity. The subjects are focused on the game and may not even be aware that their taste sensitivities and preferences are being recorded. More data means greater informative power. The comparatively large data sets that are rapidly generated by the TāStation® system are amenable to sophisticated computational and analytic tools not practical for the limited information from traditional taste assessment. Among the many advantages that result are vastly reduced errors, greater precision in detecting taste effects, improved consistency and predictive value of test outcomes, and the ability to more quickly and broadly test across a diversity of human subjects. 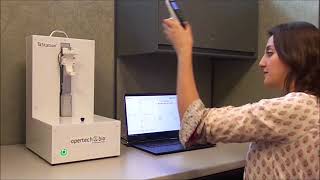 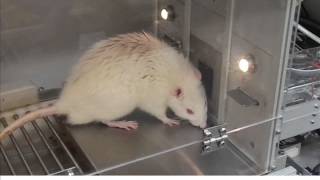